In a recent article on FirstRound, Jaleh Rezaei, CEO and Co-Founder of Mutiny and ex-Head of Marketing at Gusto, explains how she created a "winning culture" in a team of over 20 marketers.

For years she obsessed over channels and tactics, before she discovered that speed is the secret ingredient of a successful marketing team that delivers results.

I believe that speed is the single most critical — and most overlooked — characteristic of a winning marketing team.

At GrowthBay we mostly talk about steady, sustainable growth that compounds over time. But I think Jaleh has put together an incredibly effective way of leading a marketing team that does not contradict with our philosophy.

It's more about prioritization and agility than raw speed though:

“To find the one program that might be a real game-changer, you probably have to sift through 10 other ideas. If it was as easy as pulling out your credit card to use AdWords to grow a company, that’s what everyone would do — and soon drive the ROI and scale in that channel down to nothing."

In her article, she outlines six strategies that you can implement to get your marketing team unstuck and moving faster.

Six Strategies to Speed Up Your Own Marketing Team

1. Play the Devils Advocate to break down large problems

For a big upcoming project, ask the question: “Let’s assume that it’s one year from now and we’ve failed at our goal. What went wrong?” You want to get a list of 5-10 major assumptions why this project could fail.

The next step is to flip the negative statements into positive ones and reframe them to include the key levers that will make the program work. Instead of: ‘There weren’t enough partners in the market,’ you would say, “There are at least 50,000 partners in the market if we think we can get a 10% penetration rate to hit the goal of 5,000 partners."

2. Lean into motion goals to get into the "just ship it" mindset

Instead of spending all your time building the perfect plan, the best thing you can do now is to try to ship something within one to two weeks. This is probably the biggest shift in the way marketing teams tend to operate.

An example of a good motion goal could be to “sell a program to one partner this week”. But it actually doesn’t matter if you hit that goal of selling it to one partner in a week; what matters is that it forces you out of the basement and helps you get real data.

Here Jaleh says: "The biggest light-bulb moment for me was switching to weekly goals in every single program, no matter how new it was. Quarterly goals are important, but they also leave a lot of whitespace, and you have no way of knowing if you are on track. What can you do every single week to move the needle?"

If you only think about goals on a quarterly basis, your learning- and iteration-cycle is dramatically slower. A marketer with weekly goals has 12x more at-bats than someone who is only lifting their head up and evaluating quarterly.

Every two weeks, you hold a meeting where you try to codify learnings across the team. Try to articulate what you and your team has learned that they didn't know two weeks ago. When you force yourself and your team to think about what you have learned on a regular basis, then you automatically start optimizing your weeks towards experimenting and learning.

5. Pick the right tools - not just the shiniest tools

At the beginning of a new project, keep it low-tech to not fall for the sunk cost fallacy later on. But then when you made your first learnings, decide on your programs' top five workflows you need to speed up before you can scale and implement those with the right tools.

6. Make a decision on whether to go forward

Jaleh puts it bluntly: “If after one quarter of iterating, you keep missing goals and just can’t get it right, honestly consider if you should abandon the program. Can you problem-solve your way out of it, or is it a waste of time? It takes guts to pull the plug”.

“When I’ve needed to pull the plug on a program, it usually comes down to having the wrong assumptions about the customer’s desires and capabilities. We want them to be one way, and it would be really convenient for us if they were good at X, but they’re not.”

If you run a marketing team, I encourage you to read this article in full. It really lays out a lot of the problems and inertia that is plaguing most marketing teams. While speed is not always the answer, Jalehs approach to quick iteration and evidence-based approach are often what's dearly missing in the marketing world.

Read the full article for a ton more detail on the framework. 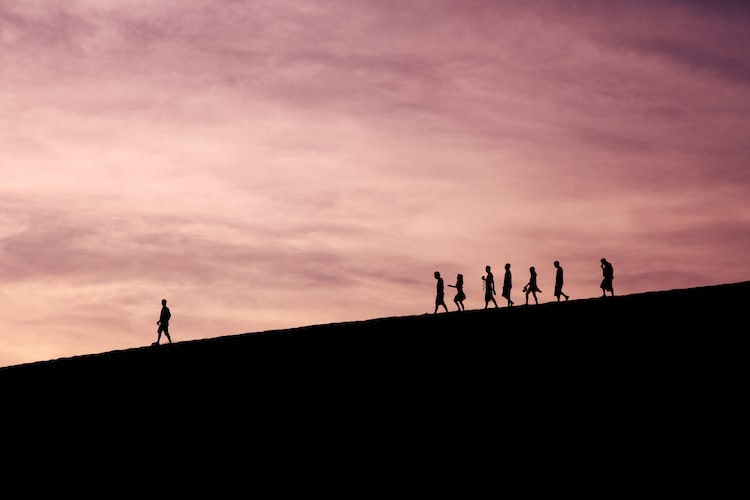 The Transition From Marketing Practitioner To Leader

Most of us are starting our careers by wrestling with operational day-to-day problems. It’s exciting and rewarding, as we
Jan 28, 2022
2 min read
Oct
22

Stop "forcing" your potential customers to buy from you

Many B2B marketers seem to think that marketing works through persuasion, ‘pushing’ buyers down a funnel by explaining the product benefits. But especially in B2B and for more expensive purchases in general, this is simply not the case.
Oct 22, 2021
3 min read
Oct
08

For all the progress we have made breaking the departmental silos within our organizations, there is still a tug-of-war going raging, on who owns growth. But it's the wrong question to ask...
Oct 8, 2021
3 min read
Aug
27

Everyone struggles finding and screening for people who fit both their company culture and the professional profile they are looking for.
Aug 13, 2021
1 min read